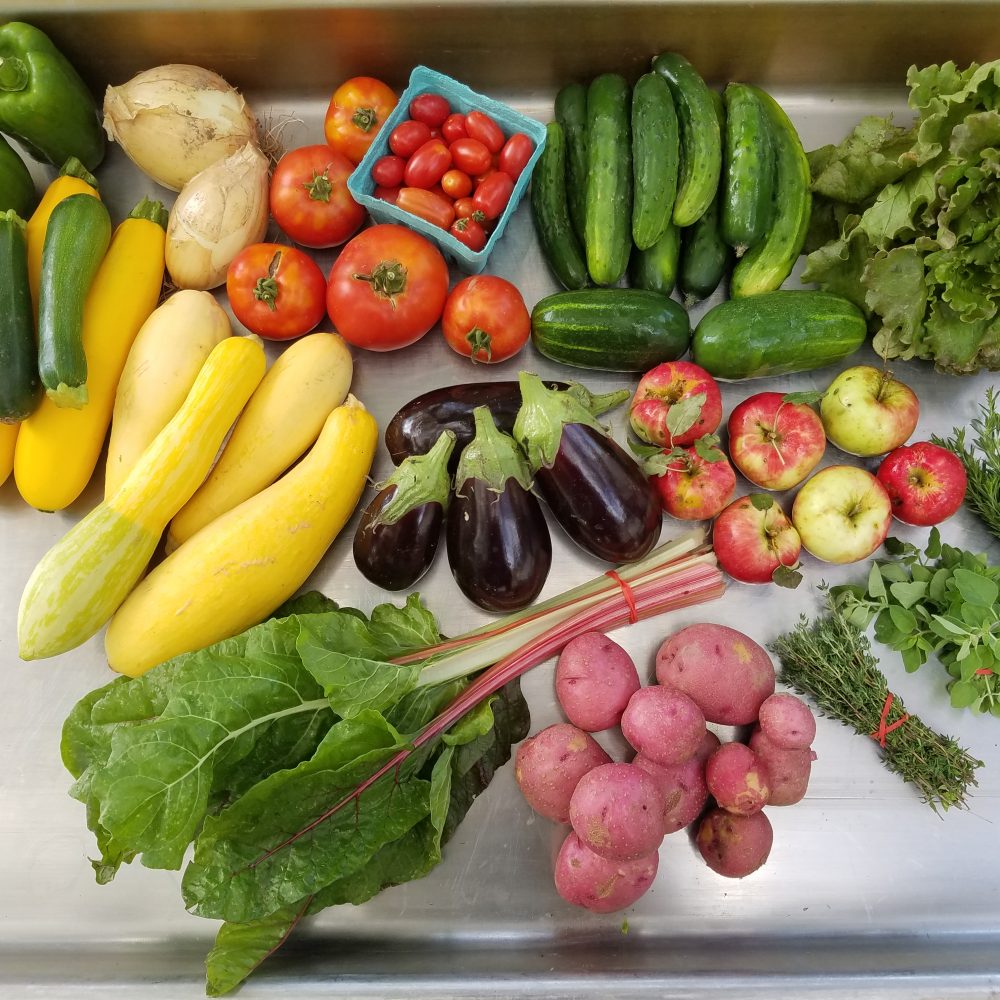 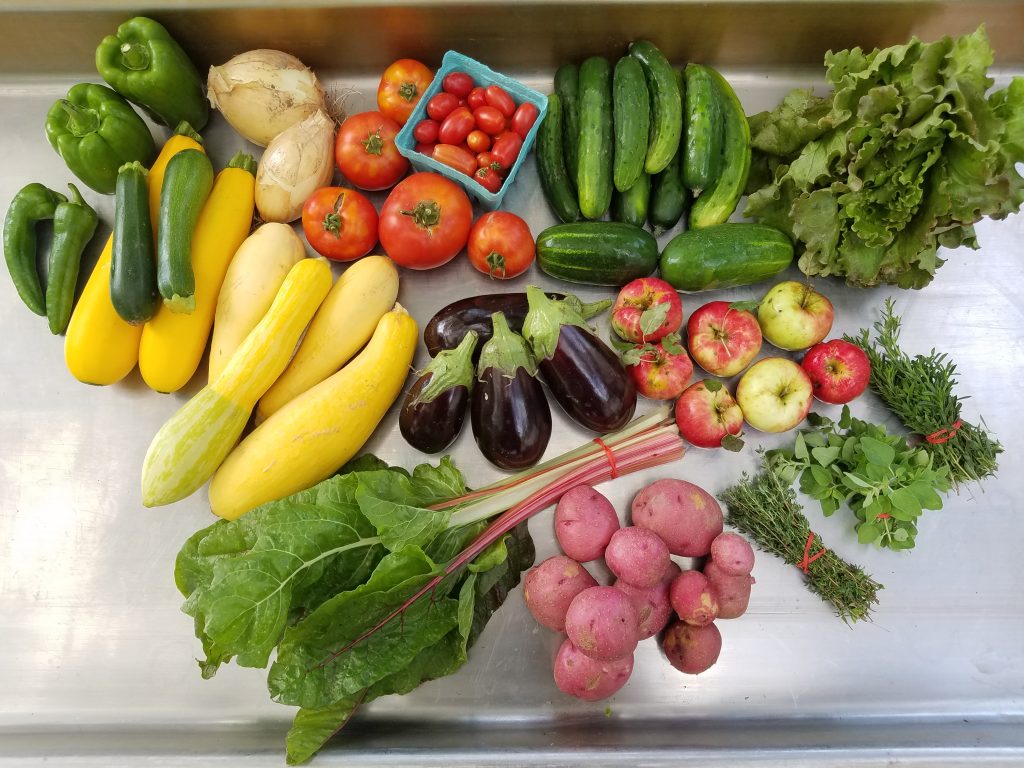 ~Pickling Cucumbers for the full and single shares are a blocky shape with a small seed cavity for cutting into spears and canning – good luck and have fun!!

~We currently have an abundance of eggplant. They are incredibly sweet and delicious if you cut them the long way in thin slices, brush both sides with olive oil, and brown them in the oven broiler or on the grill. Top with parmesan and take the delight!

~Peppers and tomatoes have been slow to ripen with the wet, cloudy and cool temperatures we have had this last week

~We only pick tomatoes one time per week, therefore some may need to sit on your counter for a few days to fully ripen

~Thoroughly wash your produce before you eat it

My Dad, Emil, was a pretty decent cook. As a young man he and his brother owned and operated a small restaurant, although the finer details of that venture always remained opaque. By the time he married Mom, he took on the responsibilities of farming the land and making a living. The kitchen became Mom’s domain … and boy did she own it! Gender roles were entrenched to say the least.

We always had a large vegetable garden, potatoes and sweet corn out in the field, and an orchard. Though we did not grow up having a multitude of material things, we always had plenty of a few things: eggs, onions and good ‘ole potatoes. They were cheap, they were plentiful, and they were delicious. Breakfast, yes, but better yet for some late night sustenance. Breakfast belonged to mother, morning lunch around 10 was prepared by mother, noon dinner was made by mom, afternoon lunch at 4 was mom’s doing, supper around 6 was served by mom, but after that she was finished in the kitchen and us boys could have ourselves some fun! Dad loved to fry up some onions in a pan with lard, add in some cubed or sliced potatoes, salt and pepper of course, and maybe an egg to boot. Many nights after a basketball or baseball game I would come home and satisfy my hunger with the same. And I still love it to death. It is the smell of home. It is a food memory. We hope you and your family are in the midst of creating some food memories for yourselves this summer.

Crop of the week – Eggplant

Long prized for its deeply purple, glossy beauty as well as its unique taste and texture, eggplants are now available in markets throughout the year, but they are at their very best from August through October when they are in season. And oh boy do they grow like crazy! Eggplants belong to the nightshade family of vegetables, which also includes tomatoes, peppers and potatoes. They grow in a manner much like tomatoes, hanging from the vines of a plant that can grow several feet in height. While the different varieties do range slightly in color, taste and texture, one can generally describe the eggplant as having a pleasantly bitter, yet sweet, taste and spongy 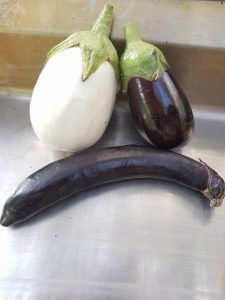 texture. This year we have three different varieties growing here on the farm; White Eggplant, Italian Eggplant(round purple), and Japanese Eggplant(long banana-like purple). See picture to the right. These lovely vegetables have many health benefits. In addition to featuring a host of vitamins and minerals, eggplant also contains important phytonutrients, many which have antioxidant activity. In my opinion, Eggplant is one of those foods you either love or really don’t, or you just aren’t familiar with it yet. Whichever category you may fall under, I challenge you to try something new and incorporate it into a meal! Cheers!

Pippa; Portrait of the farm dog in winter.