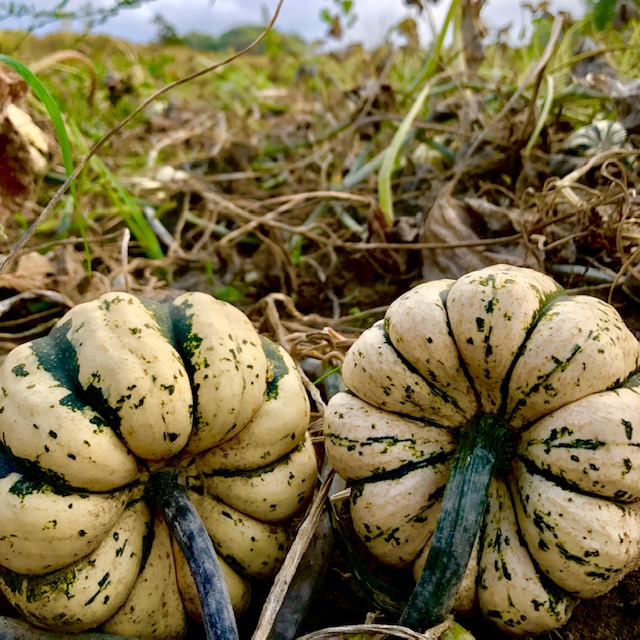 “Freedom is not worth having if it does not include the freedom to make mistakes.” 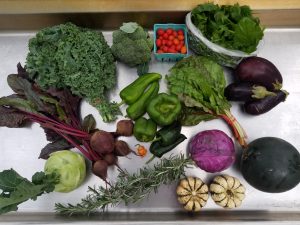 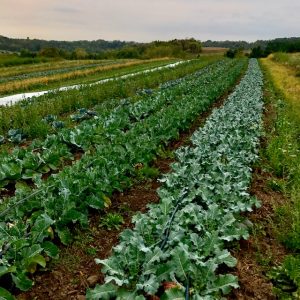 *This is the final delivery for tomatoes and eggplant

*Look for small green worms in the broccoli, cabbage and kohlrabi.  Soaking the crop in salt water is an easy way to have them surface

*Sweet Dumpling squash can be cut in half, seeds cleaned out, and baked upside down on a pan with a little water – add butter or brown sugar/honey as desired 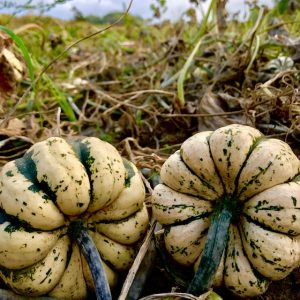 *Please return our boxes and ice packs each week

*Wash all of the produce before you eat it!

Wow, it has really been a wet year with Rochester setting a record for annual moisture by October 1st! !  … and still the rain keeps falling.  One particular downside to the constant moisture in the soils is the high population of slugs, worms, caterpillars, spiders, aphids, millipedes etc.  We have really been noticing this during the last few weeks of harvesting:

*The abundance of corn worms

*Millipedes getting into the hot peppers

*Lots of cabbage worms in the brassicas

*Aphids and worms chomping on the spinach

Be on the look out for these guys as you wash your produce.   We wash stuff before they go into the box, but the final washing before cooking is always up to you.

On the positive side, we have done very little irrigation this season and the size of some crops have been noteworthy, namely, onions, butternut squash, collard greens, kohlrabi, watermelon and beets.  We are looking forward to some drying out next week so that we can get in the rest of our cover crops and the 2020 garlic.

Crop of the week – Peppers 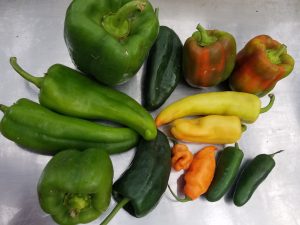 Peppers are a commonly used fruit (many people think of them as a vegetable, but they are indeed fruits) that are a part of the nightshade family and a member of the Capsicum genus. We were interested in knowing how hot peppers attain their spicy qualities and why sweeter peppers lack that, which is what sprouted the idea of doing peppers as a whole for our crop of the week. Here on the farm we grow quite a few different varieties of peppers, all of them fall under the two categories of bell peppers and chili peppers. Although both types are of the Capsicum genus, bell peppers do not produce capsaicin which is a lipophilic chemical that can cause a strong burning sensation (or simply the hot taste) when it comes into contact with mucous membranes. The absence of capsaicin in bell peppers is related to a recessive form of a gene that rids of capsaicin. This is why they are often referred to as sweet peppers. On the other hand, capsaicin is very active in chili peppers.

Bell peppers come in a variety of color including red, orange, yellow, green, purple, and even brown, black, and white! Although green bells are the most common in grocery stores, they are not as sweet as the other range of colors, however, they are still a delight. Bell peppers are very versatile and can be added into many different dishes or simply eaten raw. In terms of nutrition, it is known that these tasty fruits are rich sources of antioxidants and vitamins. Compared to green peppers, red peppers are known to have more vitamins and nutrients and contain the antioxidant lypocene. The level of carotene, like lypocene, is nine times higher in red peppers. Red peppers have twice the vitamin C content of green peppers.

Chili peppers also come in a variety of colors as well as different levels of heat. Today chili peppers are grown widely in many parts of the world as an important commercial crop. Several cultivars of chili peppers are grown all around the world and depending upon cultivar type, it bears flowers which develop into fruit pods of variable size, shape, color, and pungency. In most cases hot peppers are used in much smaller amounts than bells, to simply add some heat to a dish or a sauce. They are also commonly used for making hot sauces or drying and grinding them up into a seasoning. Chili pepper contains an impressive list of plant derived chemical compounds that are known to have disease preventing and health promoting properties. The capsaicin compounds found in chili peppers are known to have anti-bacterial, anti-carcinogenic, and analgesic properties. Capsaicin is also known to be good for achy muscles and is an active ingredient in the commonly used Icy Hot and in many other types of muscle creams.