HAPPY SPRING EVERYONE!!
We are busy planting in the hoop house for Spring Shares and in the greenhouse/germination chambers for Summer Shares!
We genuinely expect a fantastic year of wonderful, diverse, and nutrient-dense produce coming out of our fields and structures and into your communities.
In these uncertain times please know that Earth Dance Farm will be here in full force providing food for your families.

It is comforting to know:
• by design we are self quarantined here on the farm
• boxes/ice packs are washed weekly with a bleach/water solution
• group pick-up is done at a site where you can come as you are able, grab your box/produce, and be back into your car in less than 5 minutes

I am always just an email or a phone call away.
Warmly, Norm
2013 – Fall Share 3 December 3, 2013 - FALL SHARE #3 PRODUCE LIST Potatoes Butternut squash Sweet Dumpling squash Goldrush apples Brussel sprouts Leeks Beets Collard greens Kale Popcorn Raw honey Carrots Kohlrabi/Parsnips farmer’s choice Onions FARMER NOTES · On Monday December 16th, I will run my usual route to pick up boxes and to deliver a 4th fall share box for $40… Read More
2013 – Fall Share 2 December 3, 2013 - "We find our path by walking" -Robert Bly So lately in the boxes there has been a lot of carrots, beets, potatoes, squash, and onions. For some people it may be more than you can eat but here are a couple ways that you can put those veggies to good use later on in the… Read More
2013 – Fall Share # 1 November 4, 2013 - Advice is like snow - the softer it falls, the longer it dwells upon, and the deeper in sinks into the mind. Samuel Taylor Coleridge Fall Share #1 It always amazes me how quickly the summer passes us by.  We are happy that you guys have stayed with us for the next 6 weeks as… Read More
2013 – Newsletter Week 18 October 23, 2013 - “To everything turn, turn, turn.  There is a season turn, turn, turn.  And a time to every purpose under heaven.” Pete Seeger from Ecclesiasties   Saturday A.M. Ruby’s barking woke me up; the clock said 2:30.  A few seconds later I heard the yips and yells of a coyote pack.  Man they sound close!  I… Read More
2013 – Newsletter Week 17 October 16, 2013 - We  can't help everyone, but everyone can help someone. Ronald  Reagan Chickens on the farm Having chickens around the farm is second nature for me.  I was talking to my Mom, who will be 94 this month, on Sunday and she said ”Oh, Norman, you have more chickens now than I ever had.”  We always… Read More
2013 – Newsletter Week 16 October 9, 2013 - Coming together is a beginning; keeping together is progress; working together is success. Henry Ford I got to the farm on May the 28th so I have been here a little over four months now.  Wow! I was thinking about that the other day and how fast time has gone by these last four months. … Read More
2013 – Newsletter Week 15 October 2, 2013 - FALL FESTIVAL THIS SATURDAY 2-8.  Directions are on website How can people trust the harvest, unless they see it sown? - Mary Renault Where is the beef? I often get the impression that many folks believe that raising organic produce for a living goes hand in hand with being a vegetarian.  I understand the logic. … Read More
2013 – Newsletter Week 14 September 25, 2013 - Even if I knew that tomorrow the world would go to pieces, I would still plant my apple tree. Martin Luther My name is Jeff and I've been working on the farm for a month now and have learned a lot thus far. It's been a great opportunity to be here and another responsibility I've… Read More
2013 – Newsletter Week 13 September 18, 2013 - Autumn is as joyful and sweet as an untimely end.” Remy de Gourmont Season Turning We received a wonderful inch of rain last Saturday during the night time hours.  We had not really gotten any substantial moisture for 2 months from mid July – mid September.  We are still dry, but may get in on… Read More
2013 – Newsletter Week 12 September 11, 2013 -   “All truth makes sense once it is discovered, the point is to discover it.” Galileo   A reason to celebrate A month from now is our annual harvest celebration here on the farm, Sat. October 5th.  It runs from 2:00 in the afternoon until 8 or so in the evening.  The agenda is as… Read More
2013 – Newsletter Week 11 September 4, 2013 - “Not hammer-strokes, but dance of the water, Sing the pebbles into perfection.” -Rabindranath Tagore   Earth Dance Farm Fall Share 2013   We went from 93 degrees to 43 degrees in less than 5 days last week.  And it felt mighty wonderful to wake up to those chilly fall temperatures.  And now that September has… Read More
2013 – Newsletter Week 9 August 21, 2013 - “The bee is domesticated but not tamed.” ―William Longgood   Thoughts on Bees   The front page headline in Time magazine 2 weeks back was entitled “A World Without Bees.” Much of the factual information to follow comes from that article.   Bee pollination accounts for approximately 1/3 of our food Bee pollination increases crop… Read More
2013 – Newsletter Week 8 August 14, 2013 - “There is nothing noble in being superior to your fellow man; true nobility is being superior to your former self.” ―Ernest Hemingway   Reflections from Norm   The 2013 summer CSA season is almost at the midway point, and a fine time to reflect on how it fits with your you and your family, your… Read More
2013 – Newsletter Week 7 August 7, 2013 - “A small group of thoughtful people could change the world; indeed, it is the only thing that ever has.” Margaret Mead   Update on the farm   A few times a year I like to give folks a more thorough sense of how things are going and what we’ve been up to. It goes without… Read More
2013 – Newsletter Week 6 July 31, 2013 - “Do small things with great love.” Mother Teresa A multitude of one I snuck away for a much needed little getaway from the farm as soon as I dropped off the last produce box last Thursday. My destination was Oskaloosa, IA. to catch the last two days of RAGBRAI (Registers Annual Great Bike Ride Across… Read More
2013 – Newsletter week 3 July 19, 2013 - Pain is the breaking of the shell that encloses your understanding. Kahlil Gibran   Reflections from Norm:   As I was driving to and from some neighboring towns last week I was astounded by the farm landscape. We have had an unprecedented spring here in SE Minnesota: 14” of snow on May 2nd, the wettest… Read More
2013 – Newsletter Week 2 July 19, 2013 -   "The real voyage consists not in seeking new landscapes, but in having new eyes" Marel Proust MEMBER TO MEMBER Ideas from Sarah BonVallet Sarah’s top 5 for making a CSA work for you   The first year Rob and I did our CSA we were like many before us, lost in a land of… Read More 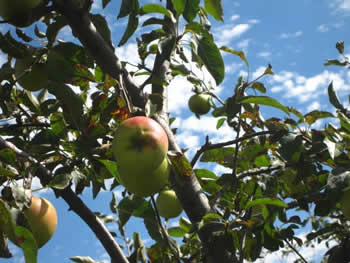 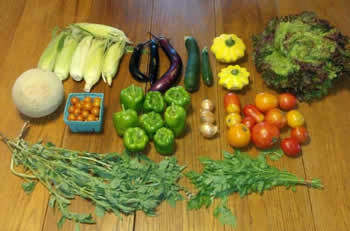 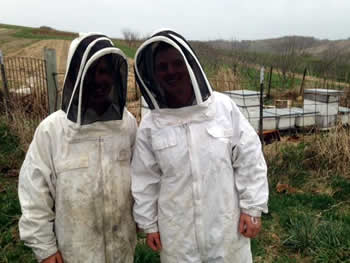 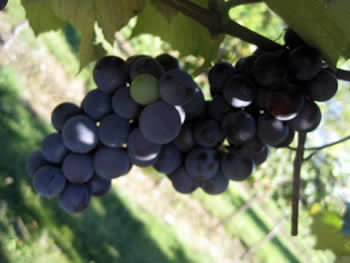 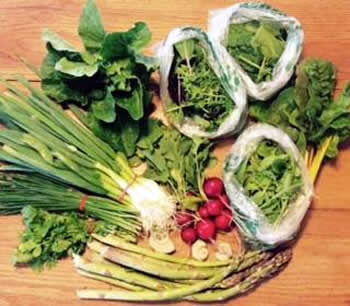 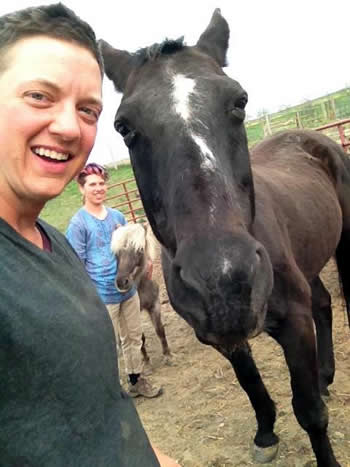 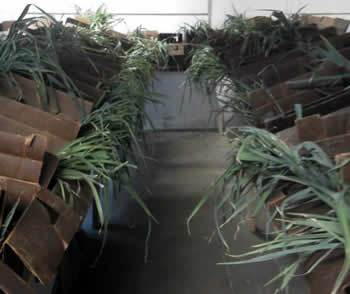