“Is it really so that the one I love is everywhere?”

Lately we have been watching early blight creep up into our tomato plants.  The leaves get black spots and discoloration and then the leaf dies and is brown.  This process proceeds up the plant until the plant is dead.  This is natural since the spores live in the ground.  The hope is always that you do what you can to delay this: (set out strong healthy plants, plant them into plastic mulch to prevent rain splash, trellis them asap so that they are not blown over in early summer rains) so that a fair amount of fruit ripens before the plant succumbs.  A final thing a farmer can do is spray the plant from early on with a fungicide.  There are a dozen or so that are produced for organic use that help with early blight, late blight, scab, damping off,  fusarium, powdery mildew, downy mildew etc., but I try to minimize my use of even organically approved chemicals.

This year is especially wet, with the Rochester area receiving 32 inches of rain so far this year compared to our average of 15.5.  We also lost our second planting of Genovese basil due to downy mildew.  This would have been timed nicely to arrive next week with the tomatoes.  We may try using organically approved beneficial bacteria as a fungicide next year on one bed to experiment on how long it prolongs the life of a tomato plant.  We will keep you posted.

Crop of the week – Beets

Beets are a crop that few people have never heard of and are common here in the United States. The ancestor of the commercialized beet – like the ones you received in your box – are thought to have originated during prehistoric times in North Africa and could be found growing along both Asian and European shorelines. Before they were cultivated, people only ate the leafy greens. The Romans were some of the first to grow them for their roots and later invading peoples were responsible for 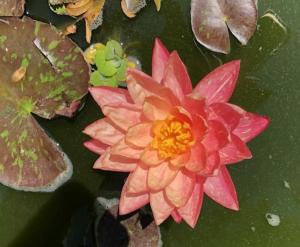 spreading them throughout Europe. During the 19th century they were noted for their concentrated sugar content and the first sugar factory to process beets was built in Poland. During a time when sugar cane access was restricted by the British, Napoleon ordered that the beet be used as the primary source of sugar, solidifying its well-known status.

Tasty juiced, baked, or plain raw, the beet is a powerhouse of vitamins and minerals. They are high in copper and manganese, while promoting kidney health and delivering both antioxidant and anti-inflammatory benefits. They have even been studied to help protect against heart disease, birth defects, and certain cancers, especially colon cancer.

Eggplant is porous, soaking up oil like a sponge as it cooks. To avoid sogginess, brush olive oil on slices (instead of drizzling) before grilling them.